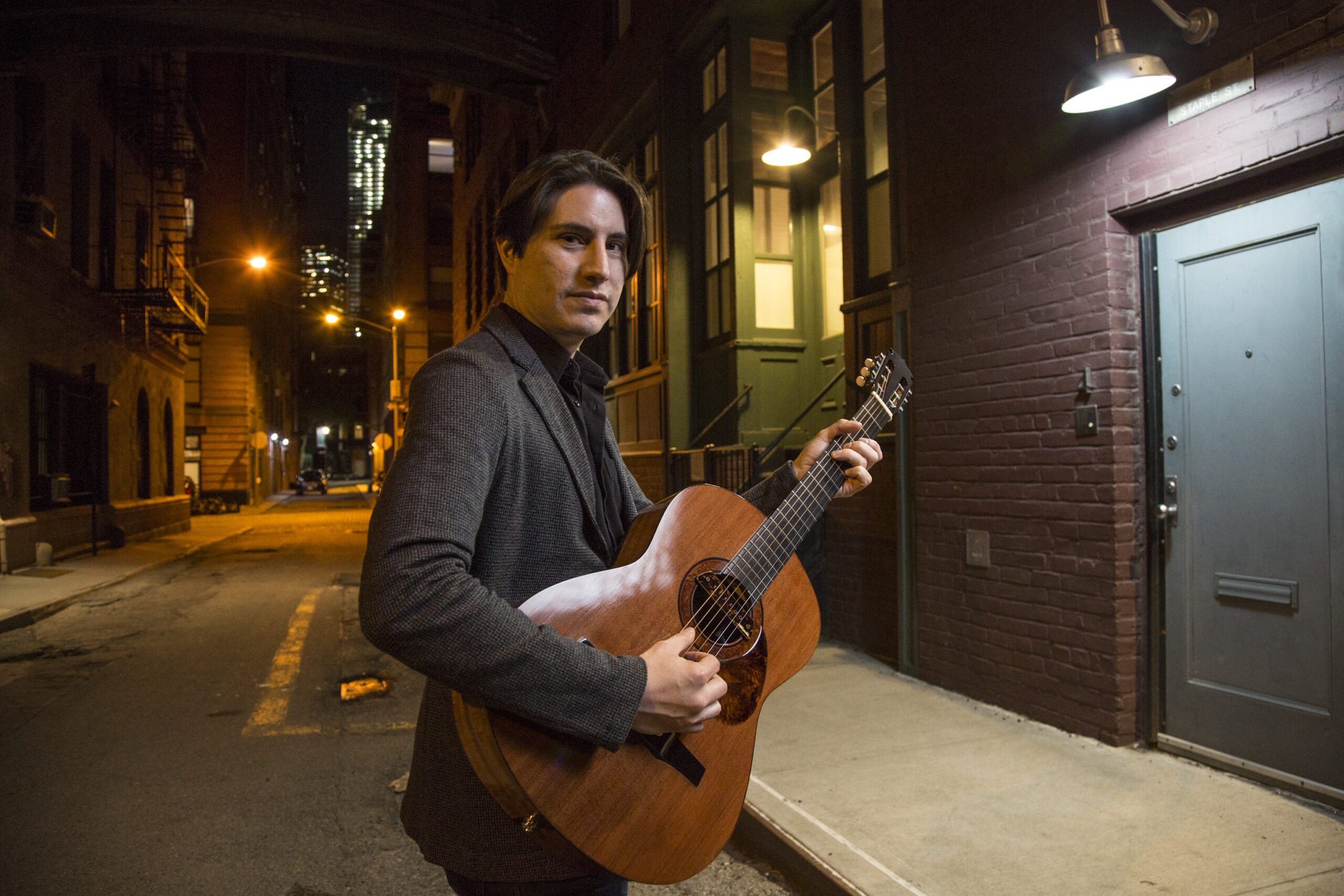 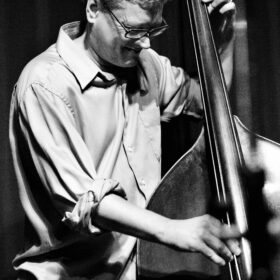 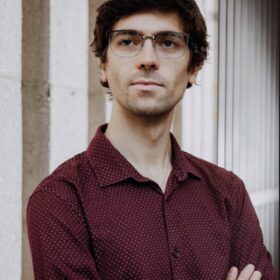 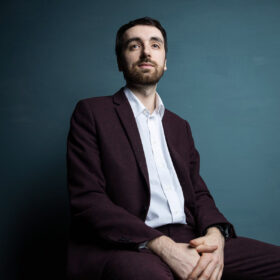 Béla Meinberg has harmonic and melodic taste and sensitivity. Jordan Dinsdale is a subtle and swinging drummer who has studied the lineage of the rhythmic greats. Mike Moreno brings beautiful sound, presence and storytelling to the table.
I am so pleased to have met each of these remarkable young musicians

We play interpretations of music that we all love, including some of my own compositions. In the words of my mentor Al Foster, we strive to bring the audience ‚Love, Peace, and Jazz.’“

Doug Weiss
Based in Berlin and New York, acoustic bassist Doug Weiss has found himself primarily centering around the concept of improvisation within and around songs.
His bands “The Berlin Quartet” with Belá Meinberg, Jordan Dinsdale, and Ori Jacobson, and “Interstellar Trio” with Melissa Aldana and Colin Stranahan, feature Weiss as a composer, arranger, and bandleader.9From 1996-2019 was bassist and musical director of The Al Foster quartet.
Interdisciplinary work with Choreographer Meg Stuart features Weiss’ compositions for Double Bass and dancer, in their evening length piece “All the Way Around”.

Mike Moreno
Originally from Houston, Texas, Mike Moreno began studying music formally at the Houston High School for the Performing and Visual Arts, a school renowned for its musical alumni, which includes such luminaries as Jason Moran, Robert Glasper, Kendrick Scott and Eric Harland.
Over the years he has built a name as on of the leading voices on his instrument, touring the world performing with bands led by Joshua Redman, Melissa Aldana, Stefon Harris, Lizz Wright, Kendrick Scott Oracle, Nicholas Payton, Me’Shell N’Degeocello, Jason Moran, Robert Glasper, Gretchen Parlato, Aaron Parks, Wynton Marsalis and the Jazz At Lincoln Center Orchestra.
With his own projects Moreno has toured and recorded his original music with high critical acclaim.  Nate Chinen of the New York Times and Jazztimes Magazine describes “There are many other guitarists out there pushing towards a modern ideal, but none with the precise coordinates that Mike Moreno has charted.”
In 2007, Moreno released his debut recording as a leader Between The Lines, which Nate Chinen deemed in The New York Times as one of his top 10 Jazz albums of 2007.  He recorded his second and third album, Third Wish (2008), and First In Mind (2011) for iconic European Jazz label Criss-Cross Records.  Mike returned to producing his records on his own with World Culture Music for Another Way (2012), which was chosen by iTunes for the Best of 2012 list and Lotus (2016). Moreno’s latest release is 3 for 3 (2018), a trio album which marked a return to Criss Cross Records.

Belá Meinberg
Béla Meinberg is a German pianist, based in Hamburg and Berlin. He has worked with some of the finest musicians around, including Billy Hart, Seamus Blake, Matt Penman, Chris Cheek, and John Stowell. His playing characterizes a lyrical approach, always swinging and with a good dose of humor.

Jordan Dinsdale
Jordan Dinsdale is a British Jazz musician from the northern English city of Bradford, who now lives in Berlin. Jordan used to play Metal, but thats all changed. He has studied with the one and only Jimmy Cobb.